Exploration and Quest based, 3rd person perspective RPG. A young child is in hospital and is diagnosed with a growth related disorder, to cope with the treatment they are giving they enter an imaginary fantasy world. The fantasy world has a problem displaying itself in many environmental issues, such as ‘sick’ forests and freak weather due to the loss of a precious magical treasure that brings peace and balance. The child is told they are the ‘chosen one’ and it is their job to overcome a variety of obstacles to find the treasure/artifact and restore it to its rightful place in order to fix the problem.

The main character of this game is a young boy called Toby. Toby is 5 years old but is oddly small and sickly-looking for his age. The game starts with a cinematic of Toby and his parents walking into the hospital, Toby looks up at his Dad and says “Daddy when I grow up I want to be just like you!”

Later, in the Examination Room, the doctor is explaining that Toby has a disorder which causing him to not grow and develop properly.

Toby doesn’t completely understand the doctors words and takes it to mean that he will never become a grown up, that he will stay a child forever. This scares him and he decides he must do anything possible to make himself better. As a copying mechanism during the treatment Toby enters into a fantasy world within his own imagination.

Here he meets a character who loosely resembles his father. This character explains that this world is the embodiment of Toby’s spirit and mind, and the reason that Toby is sick is because the world he enters is very sick, the balance has been disturbed and its making very strange things happen.

Toby must travel across a fully realised 3D imaginary world, filled with mystical creatures and magical features, working along side certain NPC characters to fix the issues in each area. In this world he learns that he can use certain magic to help, as he helps the parts of the world he is taught more and more magic to help even more with each of the following areas.

Each area will have a different issue which Toby must rectify, this may be collecting plants or objects, defeating certain enemies, building/fixing things. The environments of the world will change depending on the area Toby is in. For example there will be a forest area, a beach area, a ice/winter area etc.

The target market for this game will be 12+ although it is possible that 10+ could possibly play it. (There isn’t a pegi 10). 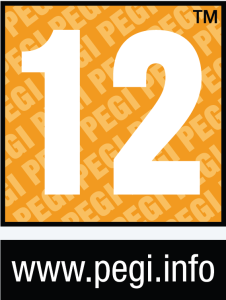 I chose this target because the will be very little in the way violence. It will be possible to kill enemies however the animation of death will feature no gore or blood. The characters health bar will simply reach zero and ‘POOF’ they disappear, so it is suitable for younger players.

However, the themes of the game i.e. illness and treatment, may not be easily understandable for players under the age of 10. The hospital cut scenes could also be unsuitable for more sensitive players.

I think this game would be best suited to platforms such as Xbox, PS4 and PC. I think an app wouldn’t show the game off to it’s highest ability.

To decide on the title I did the completely original technique of choosing a keyword and translating it into a different language. Based on the main themes of my game I initially tried using words such as Growth and Growing, but found that none of the translations gave the right feel for a fantasy style game. They were either to close to English or so different that it would be impossible to prounounce without being able to speak that language. Eventually I decided to change the words I was looking into, it was them that I came across Develop, which when translated into Estonian, became Arendama, which i thought was not only relatively easy to pronounce but also had a feeling of fantasy and mythology behind it which fit in well with my game.

The experiences I would like my audience to have include: